Ratatouille is the eighth film by Pixar Animation Studios in collaboration with Walt Disney Pictures. The film is directed by Brad Byrd, director of the film The Amazing). The screenplay is written by himself, Jan Pinkawa and Jim Giabotsino. The music for the film is by Michael Giacchino. The film won the Oscar for Best Animated Feature Film in 2007. With a budget of $ 150 million, tThe protagonists of the filmhe film opened a three-day opening in 1st place with $ 47 million. Total box office receipts reached $ 206.4 million and the rest of the world raised $ 417.3 million. The protagonists of the film are  Patton Oswald, Lou Romano and Ian Holm. The film tells the story of Remy, a well-fed mouse who wants to become a cook at the best restaurant in Paris. So he decides to help a tried and tested cook in this restaurant. The best judge in the whole country visits the restaurant and Remy makes a simple meal that surprises the judge, because he had to taste it since his childhood. When the judge tastes this wonderful food (Ratatouille), he writes the best reviews in all the newspapers in Paris.  So the restaurant is starting to become famous again and gaining more and more customers. Throughout this story there is boxing, that is, one story within another. So we find out that Liguini, the cook who helped this mouse, has inherited the restaurant from Gusto's father. Finally, Liguini admits that Remy, a mouse, has made such wonderful flavors for the whole restaurant and that instead of him, Remy deserves congratulations.In my opinion, the ratatouille movie is wonderful and I suggest you watch it if you haven't seen it. 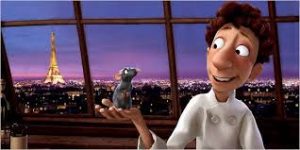 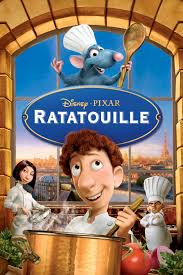 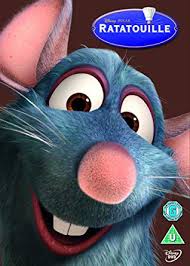 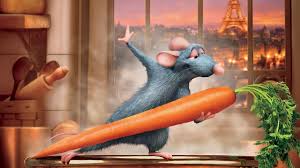 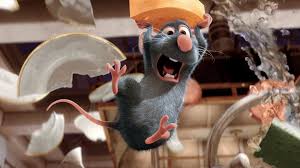